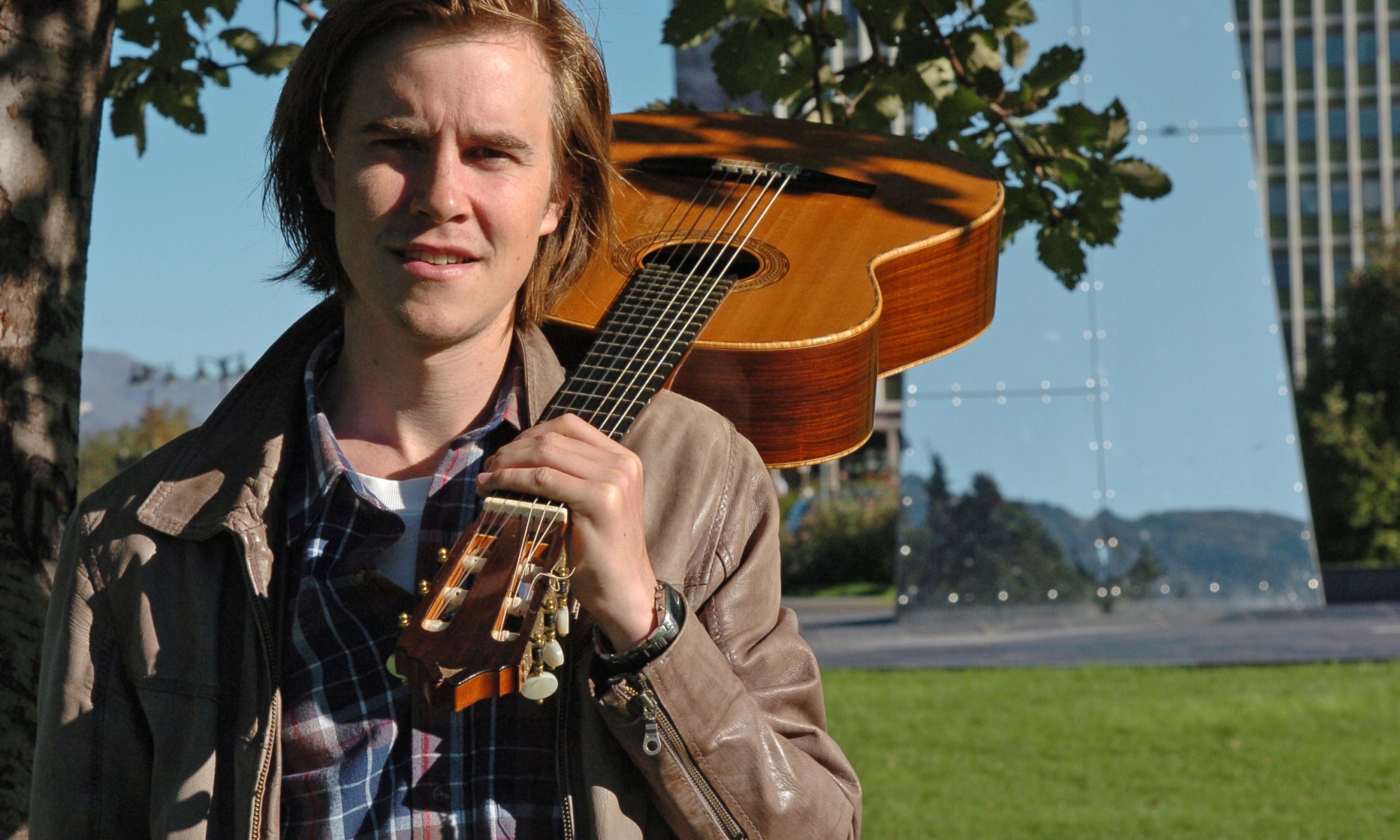 The Norwegian guitarist, theorbo-player and mandolinist Jørgen Skogmo is a graduate of the Guildhall School of Music & Drama. As solo guitarist he has won several prestigious international prizes including Admira Young Guitar of the Year and the Ivor Mairants International Guitar Competitions. He has appeared at venues such as London’s Wigmore Hall, New York’s Alice Tully Hall and the Palace of Versailles, and he has performed numerous times on television and radio, last in London’s Royal Festival Hall with the London Philharmonic Orchestra conducted by Sir Roger Norrington.

As theorbo-player he has performed with ensembles such as the English Concert, BBC Philharmonic and Orchestra of the Age of Enlightenment. During their 2017 US tour, with performances at New York’s Lincoln Centre amongst other venues, he played with the English Baroque Soloists conducted by Sir John Eliot Gardiner, and with Les Arts Florissants during their tour of China in 2018. He has also played in several productions at the English National Opera, Glyndebourne Opera and the Teatro Real in Madrid.

As mandolinist, he has recorded with the Philharmonia Orchestra and Robert Craft for EMI at Abbey Road Studios, and appeared as soloist with the Ulster Orchestra directed by Roy Goodman. Other highlights have included accompanying Placido Domingo, Ian Bostridge and performing at the BBC Proms under Sir Simon Rattle.

Jørgen is professor of guitar at the Guildhall School of Music & Drama in London.